Windham Millwork Inc. is donating supplies to The Travis Mills Foundation in order to help finish their construction of The Veterans Retreat. The Veterans Retreat will be uniquely designed to be fully accessible for combat injured veterans and their families. The retreat will be a comfortable lodge for relaxation, adaptive sports, family recreation and acclamation to every day life.

On April 10, 2012, United States Army Staff Sergeant Travis Mills of the 82nd Airborne was critically injured on his third tour of duty in Afghanistan by an IED (improvised explosive device) while on patrol, losing portions of both legs and both arms. He is one of only five quadruple amputees from the wars in Iraq and Afghanistan to survive his injuries.

During his recovery at the U.S. Army’s flagship hospital, Walter Reed, Travis found a passion for inspiring fellow wounded servicemen and women. To carry on his passion, Travis Mills founded the Travis Mills Foundation, a nonprofit organization, formed to benefit and assist wounded and injured veterans and their families. Travis continues to inspire wounded servicemen, women and their families by showing them they can overcome their physical obstacles and emotional challenges and find purpose by staying the course through their recovery and beyond.

The Veterans Retreat sits on a pristine vista in the Belgrade Lakes region of Maine. Built in 1929 by cosmetics pioneer Elizabeth Arden, this historic property was once part of Ardenʼs estate spanning 1,200 acres and employing hundreds during the height of the Depression. The lodge served as Ms. Ardenʼs private retreat. The property was a well-known landmark in central Maine, and provided a bit of glitz and glamour to the region.

The founder of Windham Millwork Inc. and many of our employees have served in the military or have family members whom have served. When we heard about Travis’ story, the foundation and The Veterans Retreat, we saw an opportunity to help support an American war hero here in the state of Maine. This week, we had the privilege of meeting Travis and showcasing our facilities to him and his team. Travis’ upbeat personality, positive viewpoint and overall jovial attitude makes him the perfect role model for his mission of helping combat injured veterans return to every day life. SSG Travis Mills is a genuine American hero, and for his incredible sacrifice, we are forever in his debt. 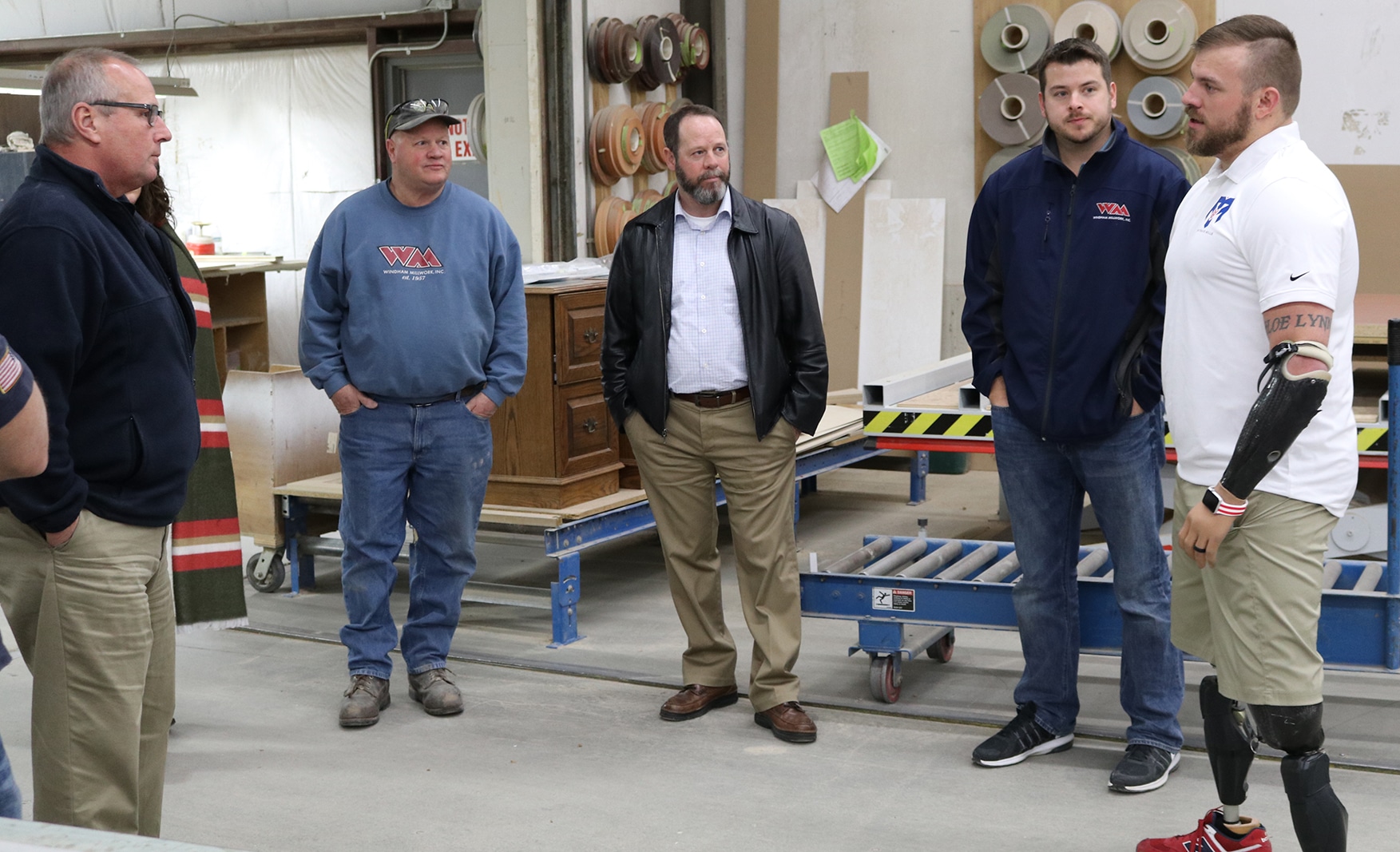 We would like to thank Roger Varney for his 44 years of dedication to Windham Millwork Inc. His commitment and strong work ethic has contributed significant value to this company and we are grateful to have had such a positive influence around the shop. Read more »

Wex headquarters is close to completion in Portland after 18 months of construction. The new space will enable Wex to relocate approximately 400 employees to Portland where the company originally started. Read more »

Windham Millwork is ready to begin construction on another big project in Augusta Maine. A $90M Maine Veterans Homes on a 44-acre site that is scheduled to be completed by 2021.  Read more »

We would like to thank Stephen Loura for his 47 years of dedication to Windham Millwork Inc. His commitment and strong work ethic has contributed significant value to this company and we are grateful to have had such a positive influence around the shop. Read more »